A new plaza with tables and chairs was created near O'Connor and north of Mayer Theater. A mobile café called the Pony Express provides food for Broncos on the go for breakfast and lunch at this North Campus Dining Plaza. 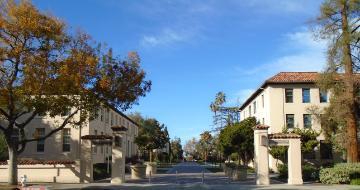