Bannan Alumni House, originally Donohoe Alumni House, was renamed to recognize the contributions of the Bannan family. This facility houses the Alumni Association group. The Donohoe building, now Bannan Alumni House, was the gift of Miss Katherine Donohoe in memory of her mother and father, James and Rose Donohoe. Originally it was used as an infirmary with private rooms, a ward, operating room, chapel, and offices for the infirmarian and visiting physician. With the completion of the Cowell Health Center in 1975, the occupants of the building became the Alumni Association. 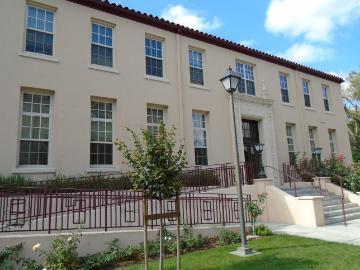